The first screening went very well and over the coarse of our production we had a lot of similar screenings. My memory of all the screenings on the island blend into each other. But ultimately there was a lot of cheering, respectful compliments and constructive feedback. Note giving is an art into itself, and so is taking notes. The results can be very different in different settings and mediums. We sent out versions of the film through Dropbox links to key filmmaking friends of ours to get feedback. You get very different responses that way. The remote feedback ranged from solid filmmaking notes to complete mis-understandings of certain concepts, and this was the best feedback of all as we could make sure to address big oversights. If something important was missed by even one of our friends you can bet that a much larger number of people with no knowledge of the animation process will fail to understand the same things, so it was crucial to find those oversights and make sure they were clear.The team feedback was really good as we could see exactly what they did and didn’t understand. Standing in the same room as someone viewing your work reveals so many different things that you can’t get through written feedback alone. You see all the reactions, the unspoken truths (which you have to skillfully inquire about without putting words in their mouths). Since they were all part of the team they also had a big stake in the project and it was important to address any major concerns. But I was surprised at how laid back the team was allowing Lucas and I to really decide what we needed to do to make it work. It takes a great deal of faith, patience and commitment to give a director who isn’t paying you the freedom to do that. For that I’m very impressed and grateful to the rest of the team. These were real professionals! 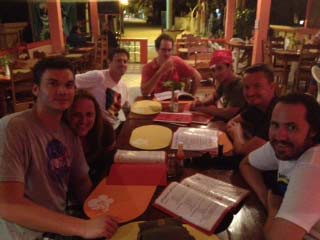 We plotted out a bit of a strategy of who to show it to over the coming weeks as we progressed. It was important not to blow all our best people too soon as we were going to need to have a fresh set of eyes for each major update. We’re still to this day holding back on showing many people as when we have another round of story notes to implement, there’s lots more animation to put in and of course when it’s all rendered with the final score it’s going to be a whole different experience. Although we’ll be needing the support and a pat on the back at that point, that’s when it’ll still be vitally important that we have a few objective people with good notes to make sure we’ve not overlooked anything.

As we proceed to improve the story, leaving behind early solutions and evolving the film to try new ones it’s easy to see how simple familiarity can breed contempt for perfectly good story beats. As we’ve shown it to new people old issues have begun to come up again. What’s happening is that in a couple of spots in the film there are opportunities to setup and pay off any number of larger story beats, but you can’t do them all, you can only pick one or two. So we’ve been upgrading each story beat as we’ve found better ones, but over time you realize that you can easily lose sight of other core issues solved by older solutions from previous versions. It’s a tricky balance picking what stays and what goes, and one that’s still going on now. There’s little doubt that what we have already is very strong, but the battle to make it the best it can be will continue… usually until someone takes it out of your hands, but in this case probably when time and money runs out!

Issues like this you can only learn about when you’ve done a lot of this kind of film-making and no first timer is going to learn how to deal with it in one project, but our team has quite a few projects under our belts now and after a while it’s like looking at the code in the Matrix… you can see multi-layered hidden issues coming down the pipeline in the future… before anyone else can anticipate them and you can start to plan for them.

I’m going to take this opportunity to plug the class that Lucas is planning to run that teaches these advance techniques. Check out the perks on the IndieGoGo page for our film and you’ll find two ways to get your seat in the class. Here’s a video in which Lucas explains more about it.

Of course when the work was getting intense, it was nice to be able to take a break away from our laptops. Remember this wasn’t a job, in an office, with fixed hours. We could start and stop work when we wanted and set our own hours. We all have strong work ethics so Lucas and Christina weren’t worried about us pulling our weight (or if they were they did a great job of hiding it).

I got into a routine of starting early, usually before most of the team were up, when it was nice and quiet, and actually we had to be quiet in order to avoid waking Henning/George in the exposed loft area (no wall or door). Often I’d find Lucas was already up working on his laptop, we’d exchange silent greetings, put on headphones and do in an hour or two of work as the rest of the team gradually filled up the main house. I’d often take a break around lunch to swim a few lengths and sit in the sun for a bit. If I waited too late in the day the sun went behind the trees and I couldn’t get my vitamin D for the day!

The pool was a good release and brought me back to my laptop relaxed and filled with solutions to problems I’d been facing in the morning. I’d do a few more hours work before we’d start talking about food and figure out what the plan would be for the evening. Sometimes it was a group cooking session, sometimes someone would offer to cook for the team, and we’d clean up, sometimes we all went out. But ultimately we were all bonding and getting to know each other.

Through out all of this Christina took charge of planning excursions for us. Everything from snorkeling with Sharks, Manta Rays and Turtles to Cave Tubing, climbing Mayan Temples, Crocodile Hunting and Canoeing around the island (I’m getting Nam-like twitches just remembering that one… it was epic!). All very memorable stuff and we’re all extremely grateful to her for planning the ‘regime of fun’. Generally speaking we  worked five and a half days a week. Half a day would be put aside for an event and one whole day was dedicated to something special. We didn’t have to do everything though. We were given a per-diem each week that covered the expenses, events and any special things we wanted to buy on top of the main shopping trips. That way we could choose to skip an event if we just wanted to chill out or work, without feeling like we were missing out. Everyone needs a chill day at some point or another! 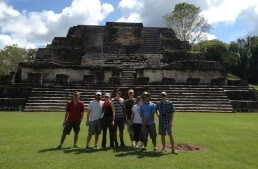 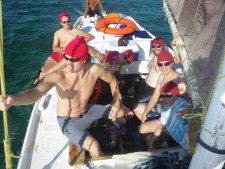 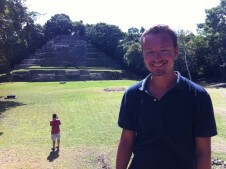 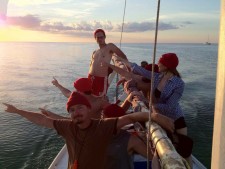 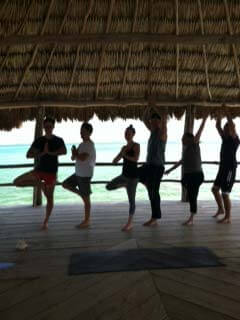 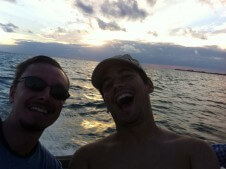 I’ll be bringing Part 5 to you in the near future to tell you how it all played out. The film is still in production at the time of writing, but I’m back in the US and working in Los Angeles. So progress is a lot slower for the time being while we all recoup our costs and pay our bills. In the mean time check out the campaign which includes other videos about the project. Please feel free to share the story.