Michael Cawood August 6, 2012 in 1) Direction, 5) Animation, animator, Camera, filmmaking, Layout, Layout Artist, Previs, Previsualisation, short film, Staging, VFX, Workbook Layout
I started my first full time job in animation and, along with another person starting the same day (later to become a close friend of mine), we found ourselves being taken into a large room with a cinema screen high up on one wall. We were sat down and told we’re about to see what we’re going to be making for the next six months. What we saw was (for its time) a very impressive action adventure role playing game filled with characters and cut-scenes (FMVs or cinematics as many prefer to refer to them). 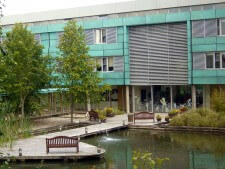 It was my first day at Rare, a 200 strong, growing company with a very strong pedigree working under Nintendo’s wing. My friend and I were given an outline of what we’d be expected to start working on. He was a software engineer so we weren’t going to be doing the same things but we were going to be working together a lot. I was fully prepared to be doing in-game cycles, when the Director turned to me and casually told me I’d be making the cutscenes. I forget now if it was verbal, but I know that in my mind I went “Wahoooooo!”. It was more than most people could expect for their first job. I felt then, and now, that it was an incredible opportunity and I was very lucky. I guess all that hard work on my student short film must have paid off!
The game was about as story and character heavy as you could get at the time for the games industry, so I off to a great start. What’s more this wasn’t a company filled with story writers or filmmakers, even character development was in it’s infancy. We were aiming to make this game for the Nintendo 64 at the time so expectations weren’t high in those areas. So I found myself becoming incredibly valuable to the team, almost instantly taking over all the cinematics for the game. I wasn’t writing the scripts but I was creating sequences from script (and dialog performance) to screen, which gave me a lot of scope with which to play filmmaker.
That six month project grew and grew until it consumed three and a half years of my life! It turned out there were problems with this dream job, but that’s another story. What came out of it was an opportunity for me to create hours and hours worth of sequences with a wide variety of subject matter, characters and moods. I was working with dinosaurs, creatures, bipeds, quadrupeds, huge vista’s, tight caves, flight, stampedes, battles, puzzles, life, death, loss, jubilation, conflict and family. It was an epic start for a young animated filmmaker and presented me with so many opportunities to try things out. 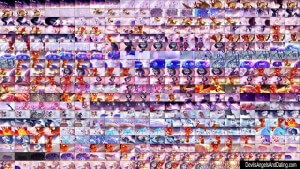 A long time ago I started keeping the edit open in the background as I work out the shots in 3D, and I’d just keep replacing the playblast videos and updating the timeline to get a fast turnaround. I still, to this day, don’t see enough of that being done on most productions and the lag between seeing a shot in 3D and seeing it in the edit can be excruciating to me. Anyway, for me it was a very efficient workflow and in time I filled up folders with scene files ready for animators to take over. This left little to chance, they couldn’t use the wrong assets, import it instead of referencing it or use the wrong part of the set, etc… Ultimately, along with the shot briefing and the animatic the animators had the vast majority of their questions answered for them and they could focus on the performances.
When the animators were done with the scene and it came back it was almost never ready to light and render. Each animator had a different level and style of polish, so animation did need some tweaks to keep it consistent and up to the same standards. But a 3D scene is so complex there’s also a huge number of things an animator can do that’s different from the next guy and it was necessary to check each scene over and make sure they all worked in the same way for the lighting and rendering pipeline.
The best perk of taking the shots back in for a final check-up was the ability to refine the camera based on the performance and any new shots that were completing either side of it. I could take a higher level look at each shot in the context of the edit and paint in broad strokes the style of the camera. I almost never changed the point of view of the camera, since that affects the performance too much and that was always locked down before the animator started. But I could push in a little, pull back a little, reframe the composition a bit or add camera shake and wobble. I actually designed a gradual flowing change of style of the camera work throughout the film to match the mood of the film. This is something that dozens of individuals focused exclusively on one shot each just can’t really co-ordinate. So it acted as a unifying process both artistically and technically. If anything I wish I could have been more ambitious with the camera work but at the time I was fighting a balancing act of making sure everyone could understand the production so that I could attract good talent, so I kept things simple.
I’d recommend the ‘Layout Sandwich’ practice to any animated film production, but I’ve seen firsthand how often it doesn’t work like this. Storyboards are rushed or skipped entirely. Projects are under too much pressure to finish yesterday, with too few people putting enough time into each step, or simply a lack of people with the Layout skillset being stretched too far. Work gets done, and then sent back to be re-done when it doesn’t work… but that’s another story.
So what’s the take away from all this? Layout is so much more than the poor animator’s fall back job. It’s pivotal to a production. I find myself more often than animating, creating and re-working sequences of shots because that’s where I’m needed the most. I tip my hats to the unsung heroes toiling away in studios around the world generating many iterations of shots most people will never see, so that both the audiences, and the animators, can understand a sequence. It’s a high art into itself, and solves so many problems. It takes a really specific skillset, while still understanding a broad number of factors to get it right. It’s one of the main balancing acts that holds animated productions together.
What are your Layout/Camera/Staging/Previs stories? I’m curious to learn more from the unsung heroes of the animated filmmaking world.
Mike’s Layout Portfolio and Work History.Short Film Development Site.Animated Filmmaker Blog.

Michael Cawood is a multi-award winning British Animated Filmmaker with a broad skill set. Having worked in animation since 1994, he's created Films, Commercials, Games, Short Films and Animated Series.
Guiding vs Micromanaging
The right time to get story feedback