Kenny Roy asked me to contribute some anecdotes for a presentation he’s putting on, and I thought it would be a good idea to share them here.

I let Excel save out an image of two charts that were then synced to a public folder on Dropbox. The first just showed the progress level in the main categories  It was published to our development website and quickly allowed anyone to see how far we were. It was also embedded into the beginning of the animatic edit. The image simply overwrote each time I saved so it was always up to date and showed up in each export of the animatic that I published about once every two weeks. 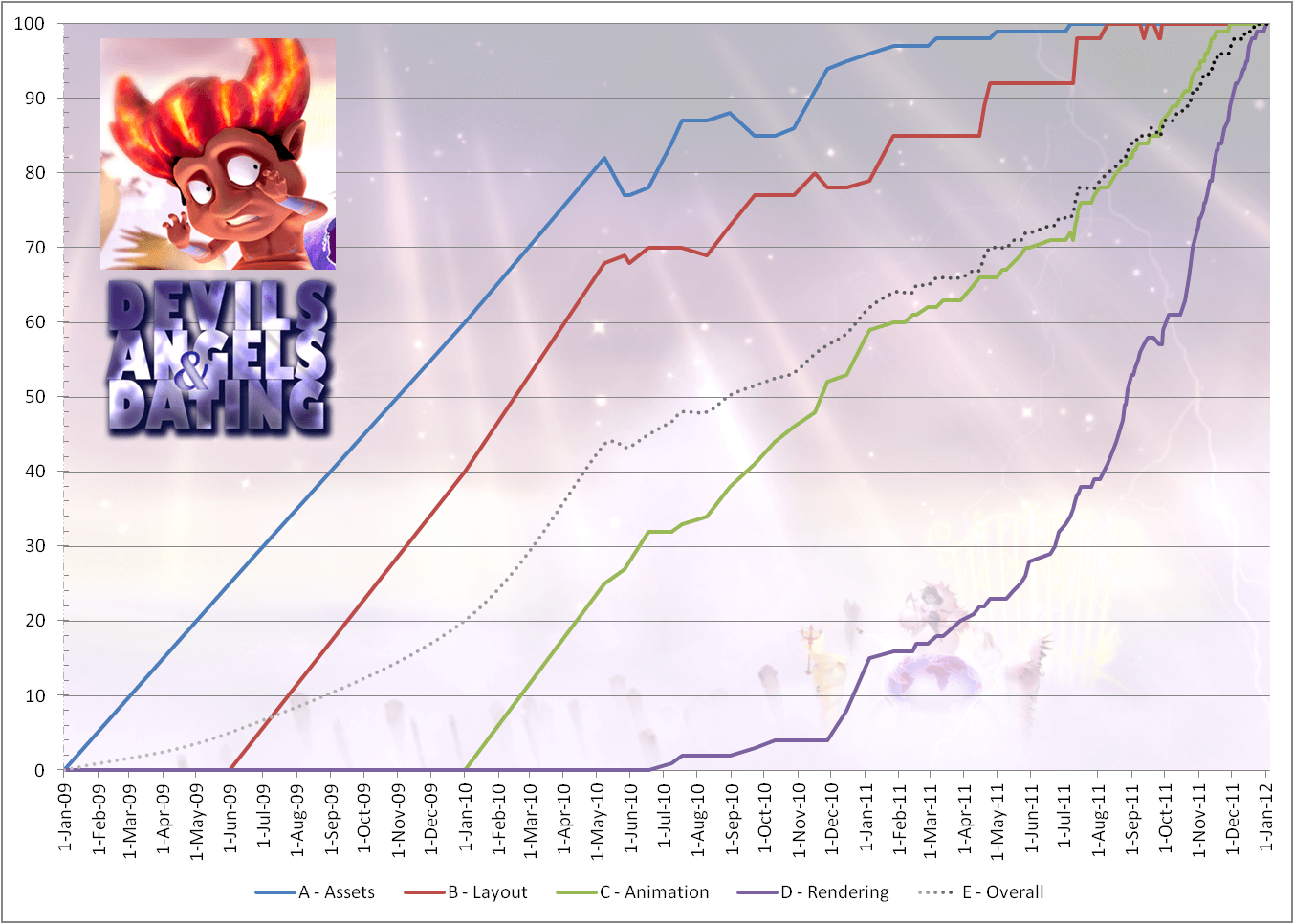 The second graph showed the progress over time. This was very useful as we could aim for a date and see roughly when departments were getting behind. It allowed me to respond by changing assignments, recruiting more or less in each skill set or simply redirect my own time to compensate.

Both charts helped to show a steady active progress so that the team never felt like they were alone, and that no-one else was pulling their weight. Including the publishing date in the images also showed they were up to date, and fortunately I was always very good about updating the spreadsheet. It becomes a bit of an addition watching those bars move closer to 100%. Since these films can take years they also tend to become a common conversation ice breaker between friends and it was handy to have a solid “42% Animated” or “67% Complete!” to show confidence in our progress. Constantly saying “nearly there” or “we’re still animating” tends to feel like a downer and even though it’s the same thing it casts doubts the more you repeat yourself without change. So take joy in the micro progress, and the sub-tasks you complete!

In the next production tip blog…. the Recruiting Database.

Other related blog entries of interest – At what point is the film most at risk?