So it’s been a year since ‘Devils, Angels and Dating’ was first released onto YouTube where it recently passed a million views, which was a very nice Christmas present!
http://youtu.be/rkddkbu-EMA 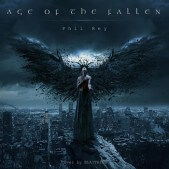 Our film’s composer, Phil Rey, has a great new album out that I’m listening to now… and wow! …. it’s good. Check it out, well worth a listen:
http://phreymusic.bandcamp.com/album/age-of-the-fallen 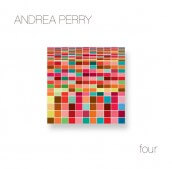 The singer, song writer for our credits, Andrea Perry, ran a very successful KickStarter campaign to fund her new Album which passed it’s goal by a significant margin:
http://www.kickstarter.com/projects/andreaperry/andrea-perrys-4th-album-2013

I’ve been encountering a lot of Devils team members over the years. Several popped up at my leaving event in Austin which was a surprise and I worked with a good number of remote animators from the team while I was in New York. Most notably I worked alongside Jamil Lahham for six months or so, which was a real treat and we’ve become good friends. He’s also making his own short film.
http://jblogger-animart.blogspot.com/

It really is nice for me to meet all these team members but what’s even cooler is hearing about them bonding over Devils when they cross paths on their own. It’s going to be a go-to conversation piece for a long time, I can tell, and it’s amazing to have made something that has become a big part of the history of animator’s careers.

Since the online development site for Devils started in 2009 it has spawned numerous other projects using similar methods to get their films made, way too many to list. It’s opened up a lot of doors for people that would otherwise have struggled to get a film off the ground on their own.

It’s been an honor to have run this project and met so many great talents. To some degree I have to hand it over to other talents now as they venture forward with their films. I’ve already been involved in one which is yet to announce anything significant yet but subscribe to the blog for future news.
http://theoceanmaker.com

If anyone else working on something similar would like to swap notes please feel to get in touch.