I went to San Diego over the weekend to the California Film Awards to accept the Orson Welles Award on behalf of our film. It was a long ceremony with a lot of categories but it turns out the Orson Welles Award was way up there towards the most prestigious categories, so it was quite an honour. I asked someone to use my phone to shoot video of my speech but unfortunately I forgot to press record when i handed it over, and they didn’t either… so I’ll paraphrase roughly what I said:

“This film was made for roughly… zero dollars, so I want to thank the Animation community for putting up with all the begging and grovelling we had to do to get this film made. But mostly I’d like to thanks the one hundred or so talents artists that volunteered their time to make this film. Thank you!”

As a side note… the life of an animator isn’t compatible with an award like this. We often have to keep moving around, and this thing is soooo heavy! 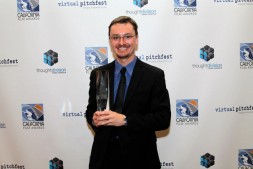 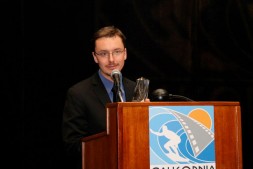 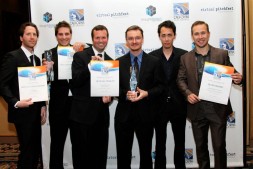