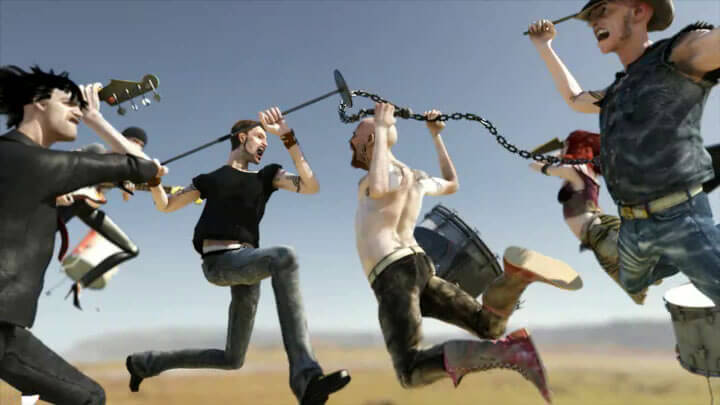 Part of the same project to work on the cinematic for Rockband 2, this teaser presented some unique challenges. It's much shorter than the cinematic and the second half is all new shots. It was a combination of having eight characters, several dozen props, two cars and a complex camera. But by far the toughest element that plagued us all the most were the breaking constraints. It was an XSI bug, one of many that slowed things down. It’s a real shame when bugs turn you into a full-time tester doomed to repeat the same actions over and over until you realise you’re not doing anything creative anymore, just pressing buttons! Fortunately we had some smart people working on the project and we found ways to get around most of it. The rest was just pure endurance.