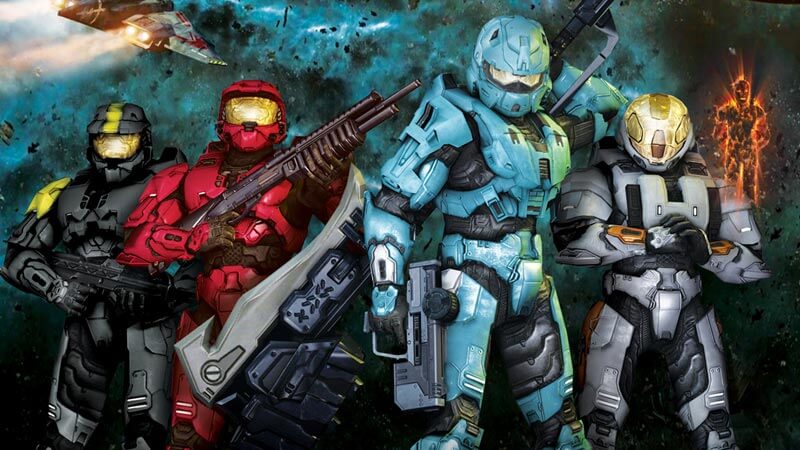 I returned to Rooster Teeth for another stint on Red vs Blue, this time kicking off their new Maya department for Season 10. Previously Poser had been their primary 3D package and it was still in use for this season too, but it was becoming obvious that they'd need to develop a more widely adopted package for most things in order to expand the goals of the show. I headed up the initial stages of that, built up a team, techniques, tools, work flow etc... I wasn't actually around for the earnest filmmaking or animation but I had some fun creating the pipeline.

One of the primary tools that was needed was a fast way to rig a large cast of characters and apply mocap/animation from one of three sources; Maya, Poser and directly from the mocap capture studio. The rigs also needed to be animator friendly, which is usually not the case with mocap related material, so that they could do all kind of crazy physical things with the characters you wouldn't want to do in a mocap suite. It was an interesting challenge I'd only ever touched on in parts before. But the end results were pretty good. I left it in the hands of Joe, another TD that joined the team a little later, who will no doubt have refined the process. By the time I left there was a small but dedicated team of people ready to start the first episode and already on deadline to produce some content for the premiere announcement of Season 10 at PAX.

I had a hand in only one shot that was intended for the teaser trailer, and I'd like to have shown it here, but as always if you're not the last man standing when these things go to the wire you can't count on your work making it through in one piece, and it appears the same happened here which is always a shame. I wish them all well for the rest of Season 10 which you can see weekly episodes of on their website.