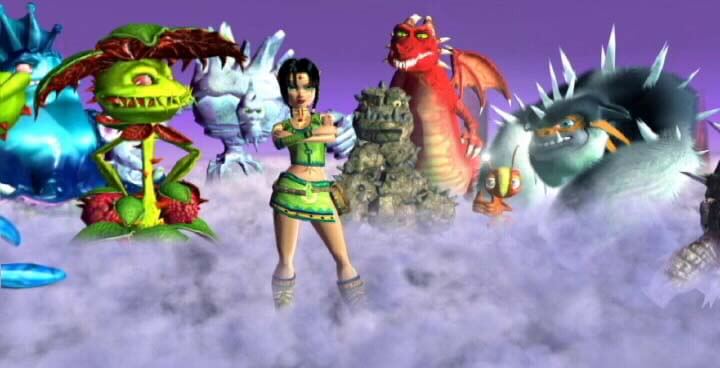 This group shot plays under the Title/Start screen and shows off all the characters the player can play. It went through many iterations over the years, touched by many animators and artists. Ultimately the changing character designs dictated that it was destined to be continually updated. But as we developed the look of the cinematics and pushed our technical skills it became clear to me that we should really push the boat out to make this impressive in line with the best of the rest of the cinematics. It was going to be far to visible for anything less. So this became a grand attempt to do something visually impressive using many of the techniques I'd developed in the other cut-scenes. It was also one of the very last things to be worked on right up to the last deadline for the end of the game so it still contains a few flaws, but nothing too obvious.