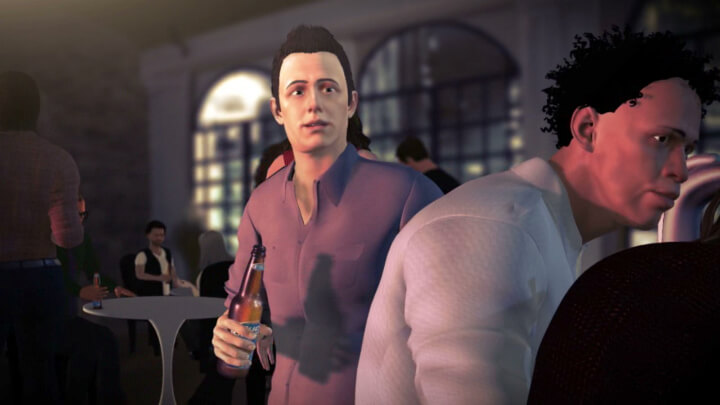 This was a short project of only about fifteen days total. We had a small team and we knocked out ten to twenty previs commercials to give the advertising agency material to screen for testing purposes, before the choose which ones to shoot in live action. It was my first time working with Viewport 2.0 in Maya which was interesting and allowed for real-time lighting. It had it's limitations but it was a lot like working in a games engine. But it meant nothing had to be rendered so you had a much better idea of what it was going to look like for the client. Nothing was properly animated, but there was a surprising amount of polish expected for previs and we went through a lot of variations in things like costume. The pieces I'm posting here are only a tiny sample of the work we did, and they're all collaborations. Where possible I've posted the version I did, but in many cases it's a blend of work done by several artists over the course of the project and I'm just posting the sections that had the largest contribution by me.

As an indication of how fast these things came together, the first two thirty second commercials were created in one day. An all new crew, that largely didn't know each other, were recruited on the Friday afternoon started Saturday morning and delivered two watchable commercials to the client Sunday morning!