It’s the Summer of 2014… a Friday and I was working on the Fox lot in Los Angeles for Night at the Museum: Secret of the Tomb when I got a call from my friend, Lucas Martell. We were invited to screen The OceanMaker at Pixar, and while we’re at it could we do a Q&A for them too. Pop! …. that was my brain exploding. Oh, and can we do it on Monday? Argh!

So after begging my supervisor, Eric, for a day off, I drove up to San Francisco on Sunday and stayed with some friends ready for Monday morning (thank you Paul and Maria… big hug). I was lucky I was close enough to drive. Not all of the team could make it. Luckily Lucas and Christina Martell were in the area at the time. However Henning Koczy, had to go above and beyond to get there from New York. But there we were at Pixar, with thanks to Colin for setting it all up and giving us the tour (on his day off, I might add. How much does he love that place?). 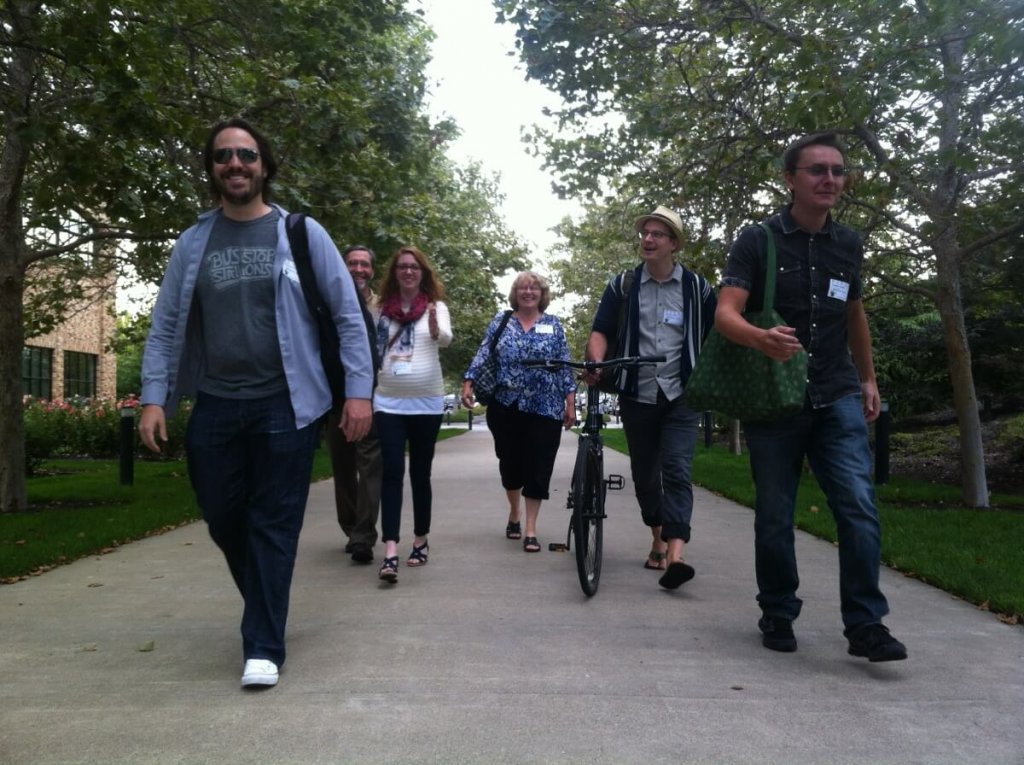 The OceanMaker crew arrives at Pixar

Colin gave us a tour and we walked the grounds and the hallways, noticing posters for The OceanMaker dotted around encouraging Pixar employees to come to the screening. It was surreal. 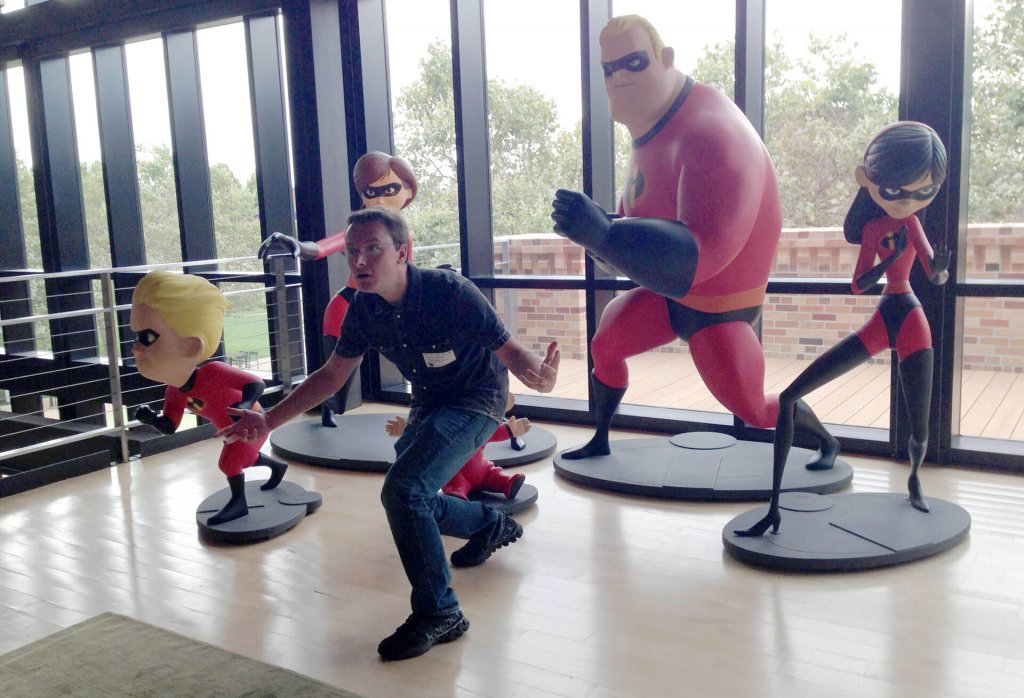 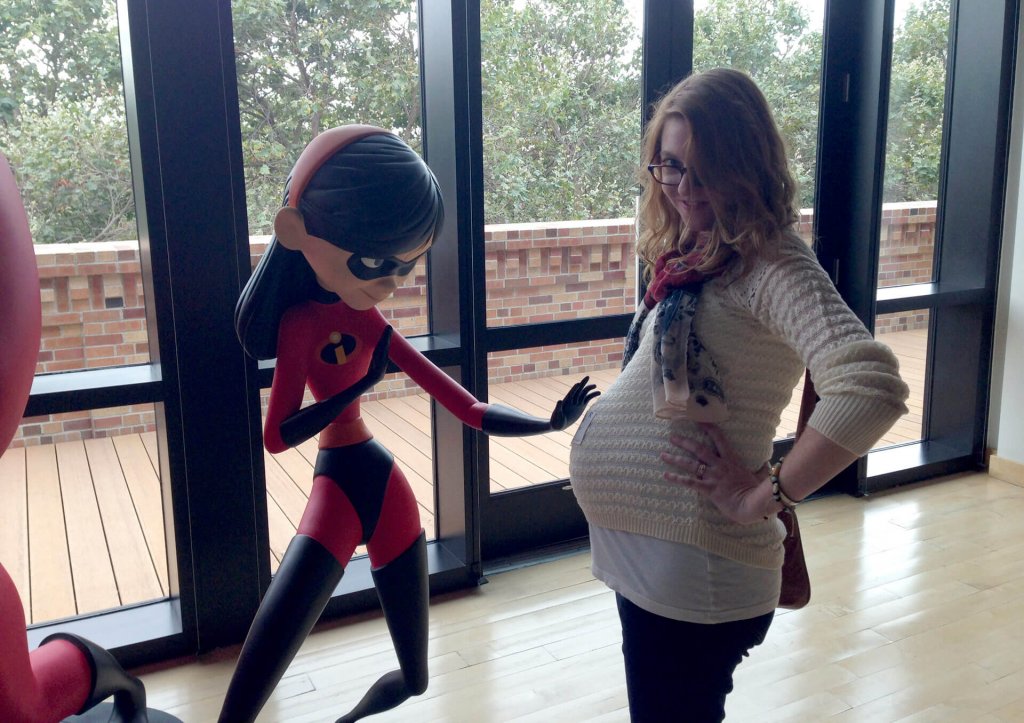 Everyone wants to touch the pregnant ladie’s tummy. Christina Martell meets the Incredibles

We started to get setup in the screening room waiting for people to turn up… wondering just who would want to take time out of their day to see our little indie film. The time came and people started showing up… lots of people, too many people for their screening room. They had to stand or lean against the walls. There were some big names in the business in that very room… (yes we noticed you!). It was impressive and extremely humbling. Colin introduced us and Lucas said a few words before screening the film. 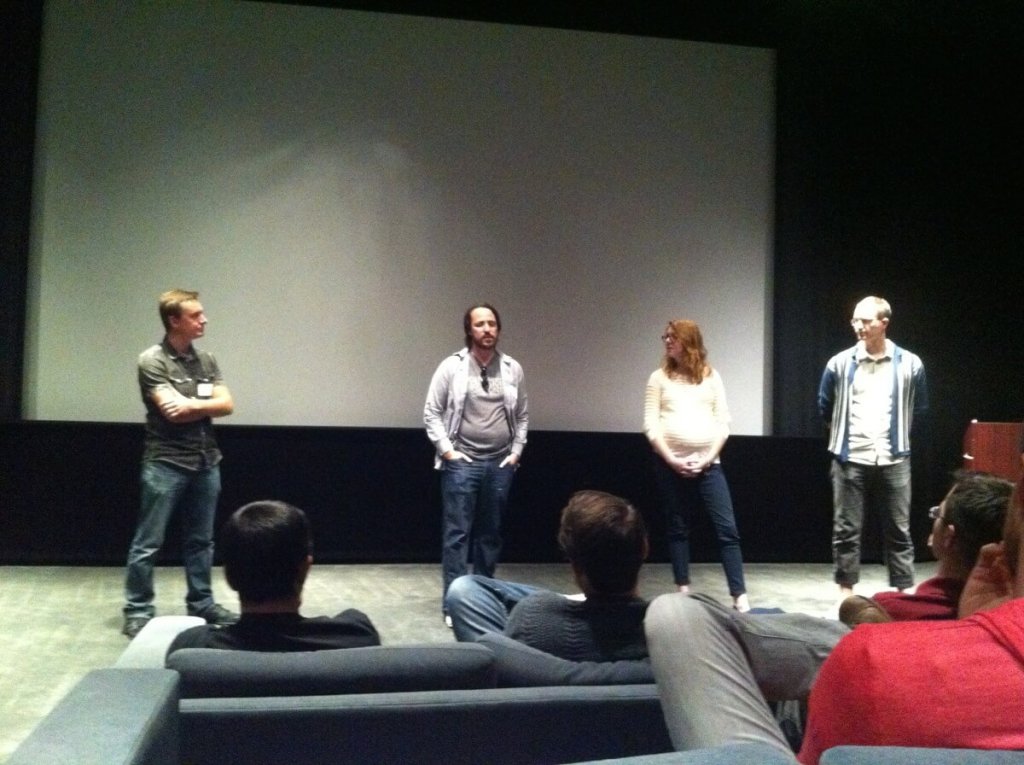 Q&A at Pixar discussing The OceanMaker

The screening went really well. The lights went up and the OceanMaker team (those that could make it) got up in-front of the audience to talk about it and answer questions. This was an audience of filmmakers, so the questions were very different to what you’d get when talking to the press. It was a lot of fun and very rewarding to talk to peers at the top of their game. 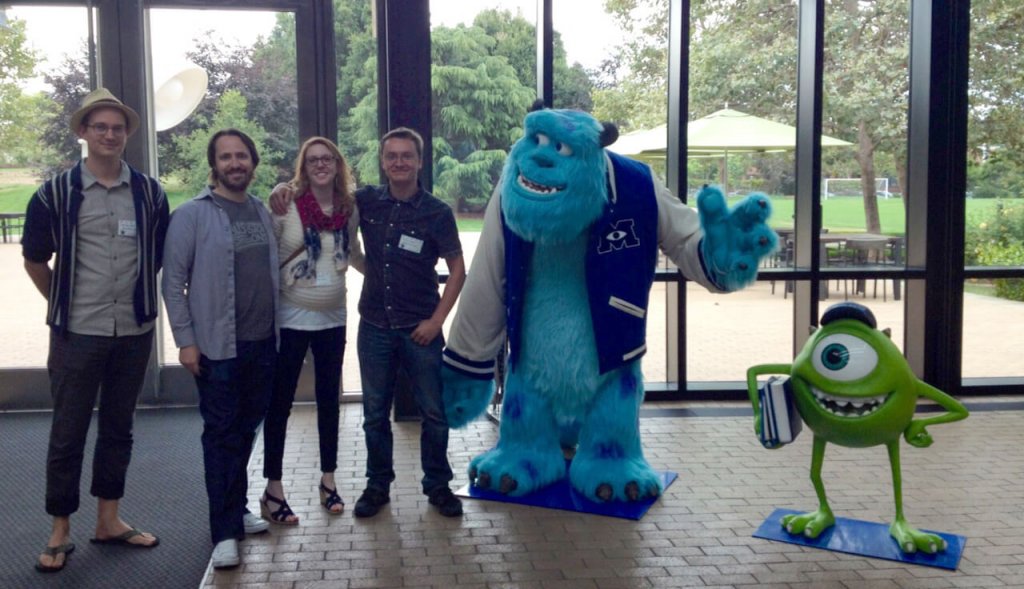 Henning Koczy, Lucas and Christina Martell and Michael Cawood with Mike and Sully

We had lunch and swapped notes with some seriously talented people, received a few Pixar freebies, then I started my five hour drive back to Los Angeles to return to normal life and pretend-like-it-never-happened. 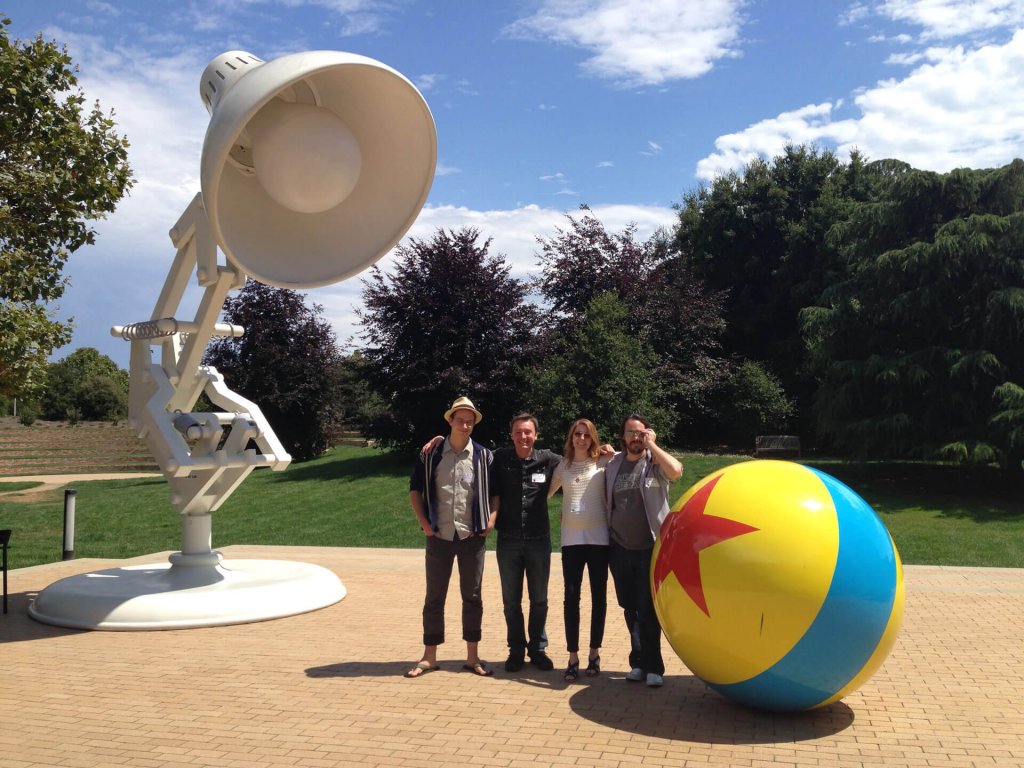 If you’re wondering what all this is about and want to watch the film please visit our official website at OceanMaker.com