Singapore Navy: Be Somebody 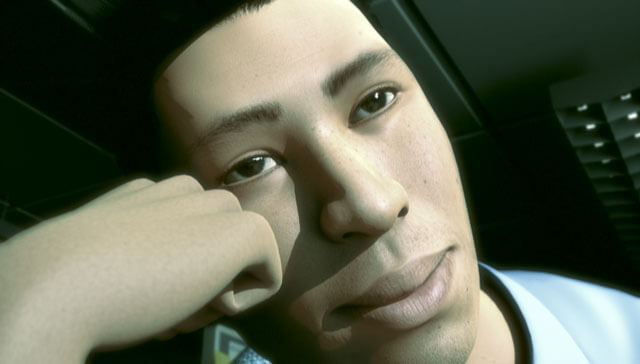 This Television advert for the Singapore Navy was an interesting piece of work. The brief was; the buildings come to life and head out to sea to engage in battle with office themed projectiles, we then cut back to a man waking up in his office before we see the tag lines.

We bounced a number of ideas around and Steve put together the first version of the storyboard. Once it was all edited together we went through numerous concept changes that involved losing some close ups on a Seagull, which was a shame. I was looking forward to animating him flying. I got started on the Previs and the Seagull was still in there for the first few test shots but we dropped him shortly after that to cut back on expense.

After a bit of re-thinking from the clients I started previsualising everything, but I only had a week to do the whole 60 seconds so Andy lent a hand and by the end of the week we had most of the advert in a crude watch-able form with a temp track. I continued to evolve the edit and the shots trying out lots of different things for the clients over a period of a month or so while the design and modelling got started.

We dropped some interesting ideas, like rewinding time, before coming to something resembling the current edit. In the mean time I’d rigged an early version of the lead character in the office so that I could start planning that out. I shot some reference footage of myself and fired that off to the clients in the edit for feedback. Eventually I did some rough versions of various animation performances on the early character and played with loads of different ways to move the camera. The original idea for the man in the office had over six seconds of screen time and the camera looked out of the office across the cityscape. Over the production that changed to looking in from outside, then zooming in from miles away (with time reversing), then eventually zooming out. We had cameras that pulled out of his eyes in one shot all the way out of the city, but settled on a couple of calmer shots with the zoom out.

When Jamie finished the character model I rigged it with Setup Machine 2 and added a load of other controls and facial expressions (expecting to need a good range). Richard helped me setup a neat dynamic telephone cord as well. Unfortunately we lost a lot of screen time on the character until he really only had time to wake up and reach for the phone. My biggest concern was that we were losing the thought processes the character went through to go from waking up to realising where he was and considering a change of career… that requires a fair bit of screen time. But the end result worked for the client so we were happy.

When the animation was all done and the edit was fairly stable I lent a hand with the special effects, using Particle Illusion to add the odd water splash at the base of buildings and things like that.

In the end we had lots of fun with sailing buildings, populating shots with people, photocopier cannons, plant pot projectiles, helicopter chairs, floating cubicles and rocketing water coolers. All in all, a lot of fun for something that wasn’t much more than moving pretty boxes around for the most part.

I played around with loads of ways to edit this and the sound, some versions came out far more dynamic and exciting than the end result but the client was happier with this version. I also got to make a few 30 second versions, that were seriously intense... the kind of thing you don’t blink for! Anyway, the long version was aired for the first time on Singapore TV on Christmas Eve 2007 as the front line in a new recruiting campaign for the Singapore Navy… they certainly know how to have fun with it.